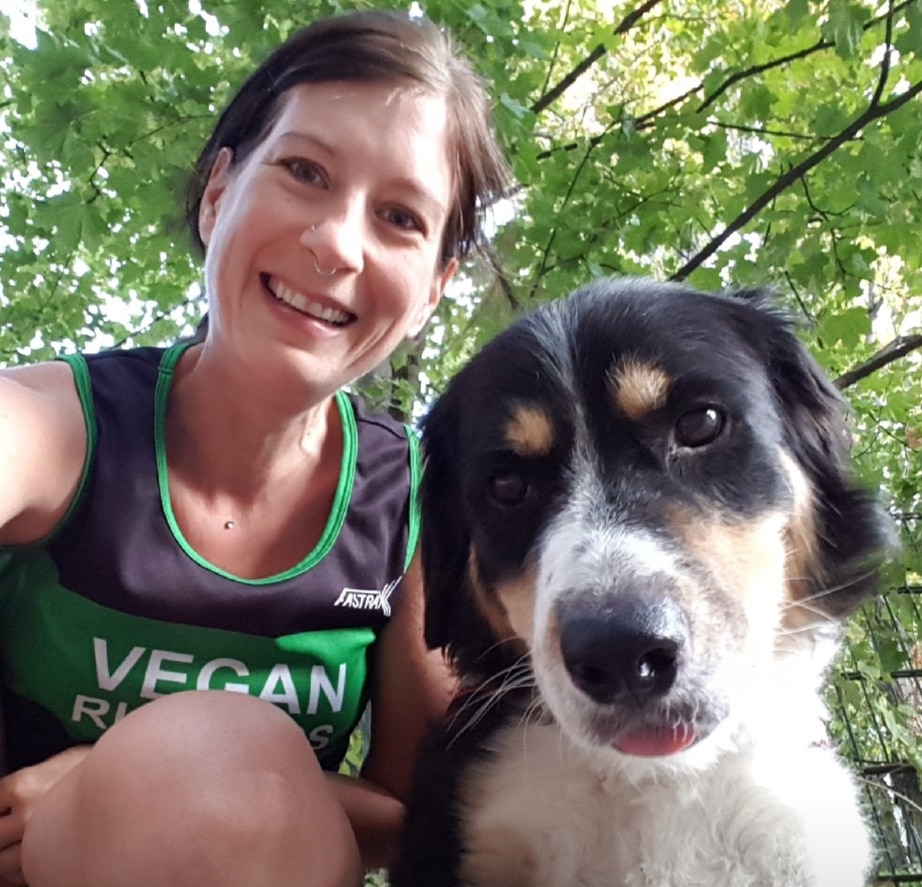 We, our daughter, Mr Milo, my husband and I, are a vegan family and yes that includes our dog.

About 6 months after I took the vegan path myself, it was only kind of logical that this should now be the right path for him too. But here too, like my personal path from a vegetarian diet to a vegan life, it was a process …

Every day I dealt with what I do to my body with animal products, so to speak. The research led to many “Revealing moments”. I started to think about what Mr Milo gets daily as food, which is supposed to nourish him. He should be fine but will it do with meat-based dog food?

Even if it would have been the premium food par excellence, it stays with dead animals that suffer for him and had to be tortured. And let’s look at the consequences of increased meat consumption, which have meanwhile been proved by studies, which, in my opinion, could also not be healthy for our fur nose. To continue to give Mr Milo meat seemed more and more absurd to me.

The decision was made… vegan snacks like carrots, cucumber or apples he always got, but and now…? Our four-legged family member should not get dead animals any more but should also have the best possible care at the same time. That was first met with horror in my environment. A vegan dog? Is that still species-appropriate? Dogs originate from wolves! Species-appropriate nutrition? What is that actually for dogs?

Contrary to many opinions that dogs are carnivores (meat eaters), it became clear to me, after I had dealt with it and read a lot about, that even if there is a descent from wolves, a lot has happened in the development since then. By co-habiting with us humans, dogs have developed into omnivores. A vegan nutrition is therefore more than possible! Meanwhile I even believe that it is recommendable. But I still come to that. The beginnings turned out to be somewhat difficult even though there were different products to choose from 6 years ago. Either it smelled disturbing or I noticed that the nutrient composition was probably not ideal. So there was a temporary decline in his coat and skin condition. In addition, I started to cook for him myself, but more or less with half knowledge…. I was accordingly not really satisfied.

After one year I came across Leni Lecker and her products. So I tested the dry food Greta (at that time still Edgar) a bit depressed but with great hope. I immediately noticed a big difference in the quality, it smelled more natural and everything was also very transparent regarding the exact ingredients. There was also a vegan fur nose in the background, that convinced me. Among other things, the recipe contained lovage, which our gourmet loves and which has led to the fact that he still likes to eat the dry food today. From time to time I also cook for Mr Milo as a change. Then, for example, lentils, carrots or noodles end up in his bowl. Here it is important to add a nutrient supplement. We also decided for V-Complete by Leni Lecker.

We have his blood values checked once or twice a year and there’s nothing to indicate that he’s not well due to the vegan diet. Rather the opposite… except for age-related arthritis, which we treat with massage and running together or exercise in general, he is doing very well. I am now convinced that plant-based nutrition is also good for him in this respect. He is even often considered to be a young dog, even though he turns 11 in March 2020.