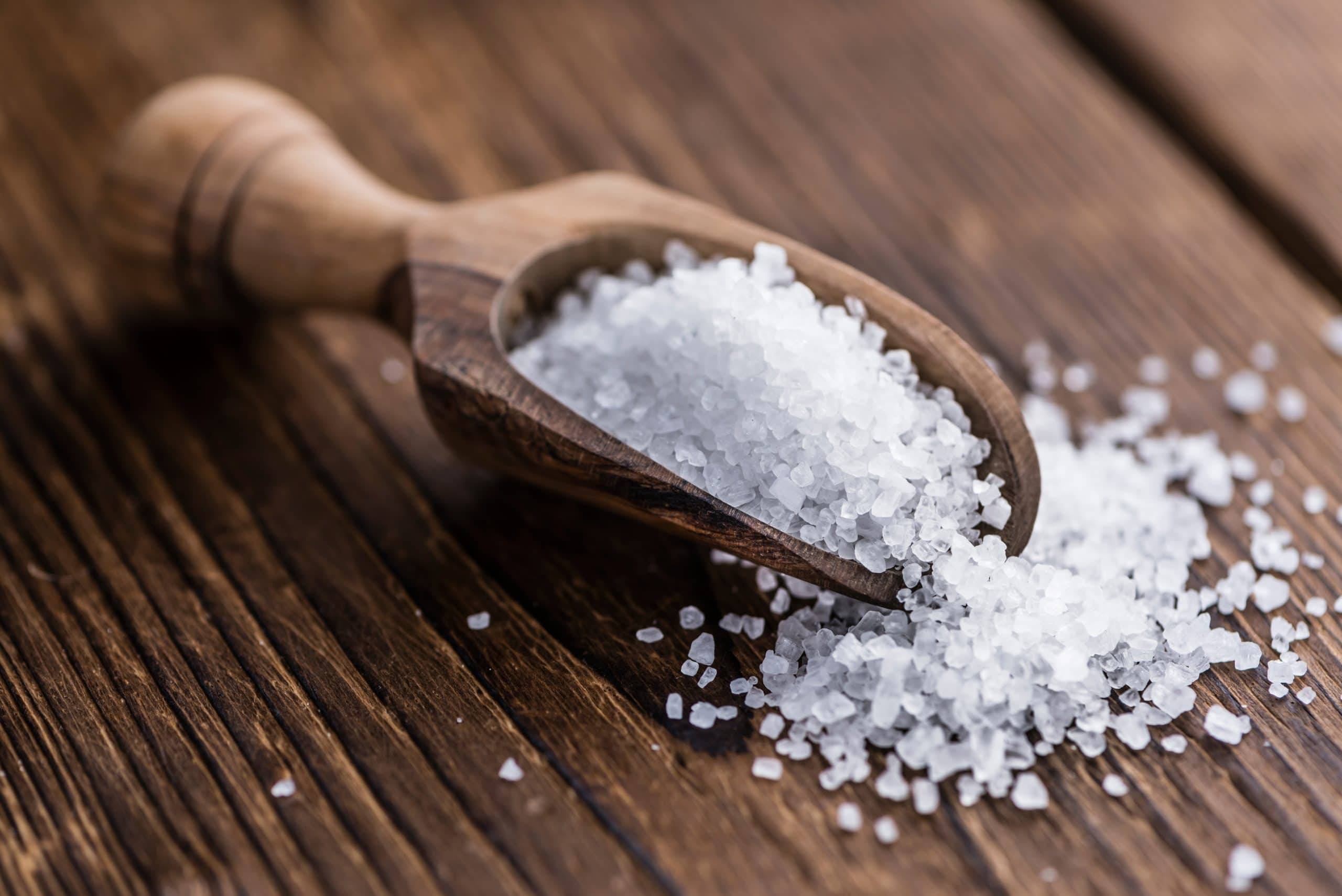 Here we take a closer look at the two bulk elements sodium and chloride. In this article I have already explained a lot about minerals. Among other things, that they can be divided into bulk and trace elements. Similar to calcium and phosphorus, I also like to call sodium and chloride “good buddies”. The two pairs belong together like pitch and sulphur.

Sodium and chloride are located outside of cells and can therefore be found in the blood. Chloride is a component of stomach acid, while sodium, for example, is also found in the lymph. Similar to calcium, sodium is stored in the bones and can be released into the blood. Together, sodium and chloride regulate the fluid balance, which is also often referred to as water balance.

What I would like to point out here in particular is the involvement of sodium in the excitability of nerve and muscle cells, including the heart. It also plays a role in the absorption of simple sugars and amino acids. In addition, sodium activates enzymes and is crucial for a balanced acid/alkaline balance.

In the gastrointestinal tract chloride is absorbed (taken up) 100% which is linked to the absorption of sodium (as I say: buddies). The balance is maintained via the kidneys. So in my opinion, sodium is absolutely essential for the body and its functions!

Chloride is found like and together with sodium in salted, processed or preserved products. You may also know chloride as “magnesium chloride” (or “nigari”) as an ingredient in tofu. Maybe you did not have 4.5 in chemistry (unlike me) and still remember “sodium chloride”? 🙂 This is the combination of the two minerals and in plain English – common salt!

Here we are then also with the characteristic because of which the sodium again and again is in discredit. Because an excess of sodium can increase blood pressure. That goes like this: If sodium is too highly concentrated in the blood vessels, water is drawn in, which leads to an increased volume of blood – and can thus lead to increased pressure on the vessel walls. In other words: Moderate instead of massive is the order of the day.

Here I find the comparison with sugar very interesting and appropriate.

Everybody knows by now that there is a huge difference if you don’t pay attention to sugar consumption (in the morning sugared muesli with sugared juice, at noon a dish whose ingredients you don’t understand, sweeten every tea or coffee during the day, in the afternoon a chocolate bar, in the evening the ready-made soup with sugar in it, …), or you can definitely keep an eye on it (oatmeal with banana for breakfast, consume unsweetened drinks, cook a lot yourself and now and then a piece of cake, …).

It is similar with salt!

If we humans eat finished products, preserved products or heavily salted from early in the morning until late in the evening, never turn the package over, constantly eat “To Go” and in the end have no idea which salt and how much of it is used… Oh my goodness!

But there is nothing wrong with a well planned and sensible salt consumption, neither for humans nor for dogs. The DGE (German Association for Nutrition) recommends 6g (=1 teaspoon) of table salt daily as a guide.

It is just a huge difference whether I supply my dog with a healthy amount of salt or not at all. What should be paid attention to in any case, is the water supply.

Eyes open but please do not miss sodium chloride! As so often the quantity is decisive. In addition, always provide sufficient water.

We have already examined the many advantages of sodium and chloride in the upper part of this article. By the waySweating, vomiting or diarrhea can cause a lack of sodium in the blood. This lowers the blood pressure, which can lead to dizziness, headaches or weakness.

Now I understand (as a yogini but not an endurance athlete) why the runners and co. always pay so much attention to their salt balance. And I do not mean the salt at home in the household 😉 Since dogs get rid of heat by panting (they only have a few sweat glands on their paws), it is important to pay attention to the sodium supply, especially in case of diseases like vomiting or diarrhea.

Speaking of salt – I just had a little fun and looked at what kinds of salt there are now. Have you ever heard of Hawaiian salt, Persian blue salt or bamboo salt? They are all new to me.

The ones I know would be

Table salt / cooking salt – May or may not be iodized. Caution: Often contains trickling agents. I read somewhere once that they are not vegan? But I can’t find anything more. We are looking forward to your comment, if you have an idea for this.

Sea salt, my favourite. Iodized to stimulate the thyroid gland and stuff. To prevent clumping, I simply put a few grains of rice in my shaker. To prevent an iodine oversupply for your dog rather use uniodized salt, because V-Complete, Greta and Pauline contain enough iodine.

Rock salt – Located under the surface of the earth, but originally (a long time ago, …) also comes from the sea.

Herbal/spice salt – If you want to save yourself the trouble of adding herbs separately? Or so?

So, enough excursion into the science of salt. Let’s get back to sodium and chloride.

A summary in headwords