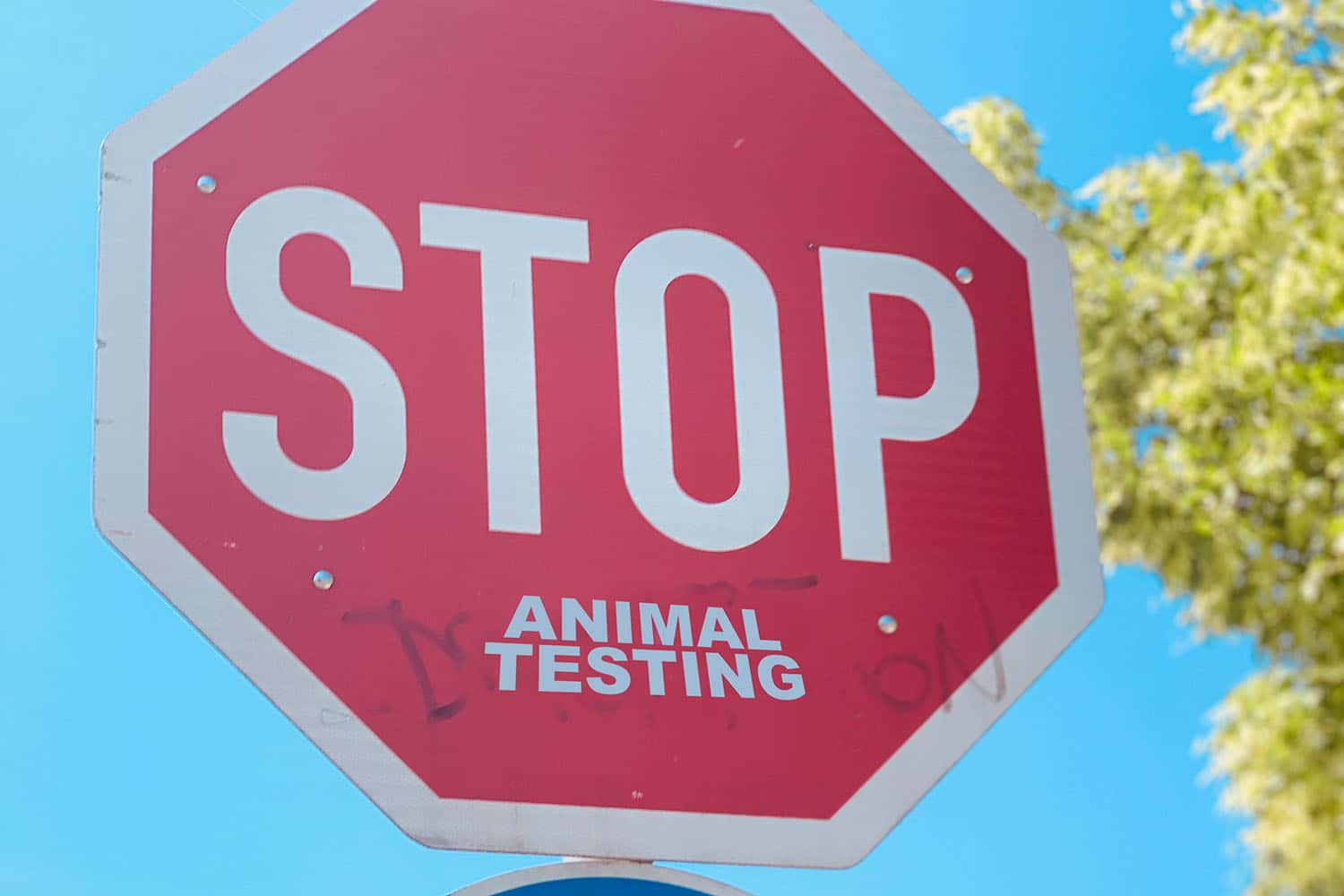 Why animal experiments are dangerous for all living beings!

Almost 1.9 million vertebrates and cephalopods (squid and octopuses) were abused in animal experiments. 633,784 animals were additionally killed for scientific purposes, for example to obtain organs and tissue for cell cultures.
I sincerely hope that in a few years’ time, everyone will be sitting in front of this information as I am at this moment – open-mouthed, shaking their heads in disbelief and on the verge of tears. Do you feel the same way?

While the numbers are down 14% ( animals used in experiments) and 9% (animals killed) compared to last year, this is little consolation because they could just as easily be zero.

Which animals are affected?

Rodents account for 78 %. Mice make up the largest proportion overall. Experiments on great apes have been banned in Germany since 1991, although a possibility may be granted for special exceptional circumstances under strict conditions.
Monkeys, dogs and cats account for a “small” share of 0.4 % in Germany and the EU. Dogs accounted for 3,527 animals in 2019, about 0.1 % of the total number of experimental animals in Germany. They are mainly used for research into animal diseases and for testing veterinary and human medicines. Furthermore, experiments are carried out on birds, cows, pigs, horses, rabbits, frogs and fish.

67 % of the experiments are classified as low in severity. The medium level of stress is 24 % and the severe level of stress is a full 4 %! I would rather not know what exactly is meant by severe stress, so I will spare us more in-depth information.
6% do not wake up from general anaesthesia.
A ban on animal experiments in Germany exists in the development of weapons and ammunition, as well as for the production of tobacco products, detergents and cosmetics, although again exceptional cases can be permitted. In 2018, for example, animal experiments with tobacco smoke were carried out in Ulm and Munich, although they have been banned since 1986. The ban in the EU, which has been in place since 2009, does not quite apply to cosmetics either: for example, the team led by Thomas Hartung (Professor of Toxicology at Johns Hopkins University Baltimore) found that 63 out of 419 substances registered in the EU exclusively for cosmetics were tested on animals after the ban came into force.

The European Chemicals Agency ECHA requires animal testing for ingredients that have been used safely for a long time. Even substances that have been used abroad for years have to be tested. At least the EU ban is putting pressure on China: They are finally opening up to animal-free testing methods.
The German Research Foundation (DFG) estimates that about 70 % of the adverse effects of products that affect humans can be predicted by animal testing.
Yet the failure rate of animal testing is immensely high! 95% of all medicines found to be safe and effective in animal studies fail during clinical trials in humans. Dozens of drugs have to be taken off the market because they cause harm and even death when used on humans, such as the blood lipid-lowering drug “Libopay”, the heart drug “Trasylol” and many others.
Quite logical, because of course factors such as age, gender and lifestyle habits play an important role. There are also differences in physique, organ function, metabolism and nutrition within the numerous species of our earthlings.
Animal experiments may only be carried out if they are indispensable and no alternative methods are available? Wrong!

There are numerous alternative methods

Many other methods are listed here: https://nat-datenbank.de/

Aspirin, penicillin and paracetamol were discovered without animal testing – all drugs that have a harmful effect on various animals. So if animal testing had had to take place back then, these drugs would not have come onto the market at all. Deep brain stimulation for the treatment of Parkinson’s disease also came about without the abuse of animals.
Nevertheless, billions of our tax money are spent on animal experiments. According to research by “Doctors Against Animal Experiments”, non-animal methods receive only 1% of research funds, animal experiments 99%. According to this, animal experiments block scientific progress immensely. Who knows how many effective medicines we don’t know about as a result?

So why don’t we use our technical progress?

Comfort for us and the animals should come from the 3Rs principle. This was pioneered by William Russel and Rex Burch in “The principles of human experimental technique” in 1959 and is designed to protect animals in research. This principle aims to find other methods (replacement), reduce suffering to a minimum (reduction) and improve interventions (refinement). Hopefully, at least this will be adhered to, if not the bans.
In all this, however, many questions remain unanswered:

Is a human being worth more than a mouse?

May a mouse be used for the benefit of humans? (Keyword speciesism: a kind of group egoism of mankind directed against non-human beings).
Should all living beings be protected by individual rights?
Ursula Wolf, representative of the ethic of compassion, considers all beings capable of suffering to be equally in need of protection. Especially because humans have the capacity to do so, they should act morally towards all fellow beings.
What corresponds to our everyday understanding and our animal protection law is the so-called double standard theory: there are different duties towards humans and animals. Animals are worthy of protection, but their interests, such as freedom from pain and preservation of life, are subordinate if they come into conflict with human interests. Unfortunately, this means that the use of animals for scientific research is considered ethical.
Phew that was tough stuff, wasn’t it? Animal experiments provide unreliable results and thus lull us into a supposed sense of security – they are therefore nonsensical, outdated and even dangerous. Yet the fight against animal testing continues to this day.

When buying dog food, make sure it is animal-free. Because cruel tests are done on pet food too.
Have a direct influence on the laws and sign the citizens’ initiative against animal testing: https://eci.ec.europa.eu/019/public/#/screen/home.
Even if the seals for animal-free natural cosmetics are not transparent: Try to buy animal-free. Take part in demonstrations and educate people around you.
What is your opinion on animal testing? Can you think of any other ways that everyone can help in the fight against animal testing? 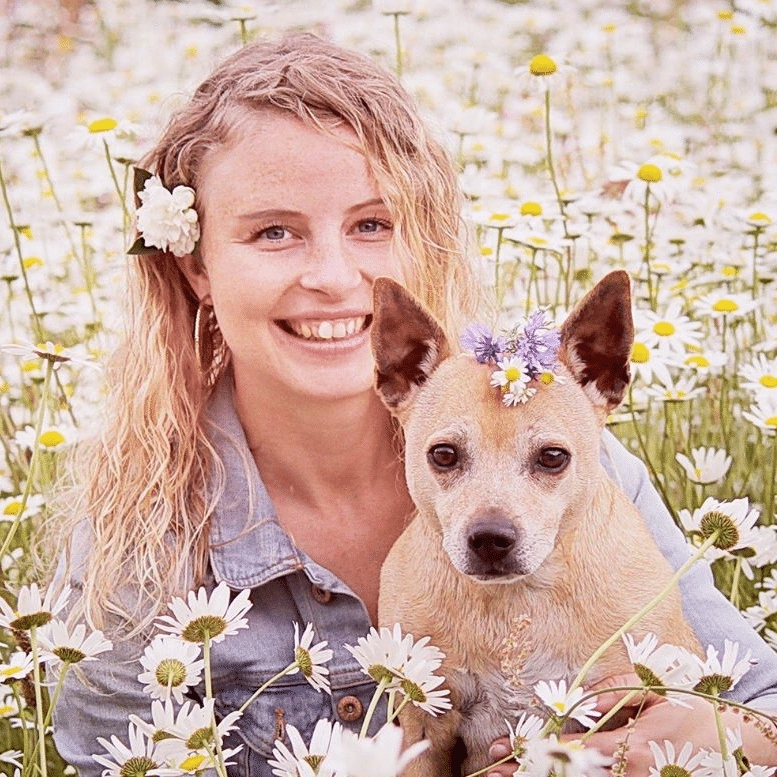