Some time ago we got a very sweet email from Natalie. She gave us an insight into her thoughts and her life and described her journey to vegan dogs very vividly. Curtain up for Natalie:

I have two Tibetan Terriers: Emma, 2 years old and Yuki, 1 year old. Both were in heat two months ago. At some point the pseudo pregnancy followed. Emma never liked chicory. One evening, when I nibbled some, she begged me. So I put a chicory leaf on the floor and et voilà: She ate it. Funny. A week before, she spat it out. But she wanted even more this time. So she got more and more and more and more. If I have to share my green stuff now, I buy more of it and bought eight chicory the next day. The following night was horrible. Emma obviously pseudo pregnant, she woke up in the middle of the night panting (from pain or stress) and did not calm down even after half an hour holding in my arms. Since we ourselves have been living vegan for half a year and I have radically changed my own life to medicinal plants, homeopathy, yoga, meditation etc., I wanted (now well equipped) to see what I could possibly do for Emma through the power of nature in the middle of the night. Four weeks ago she had acid reflux late in the evening and I went to the meadow behind the house to pick her a bowl of grass. That worked wonderfully. So I googled “pseudo pregnant dog homeopathy” and became aware of certain Bach flowers. However, I did not know the plant described and googled its genus etc. and became aware of chicory in one of the subgenera. I could hardly believe it and thought: “Hey, that’s it! The dog knows what is good for him. The week before she didn’t like it, but when she knew that the chicory was helping her, she couldn’t get enough of it.” So I brought a chicory up to bed and the three of us munched. Yuki only made the leaves small, but also wanted to participate in our nightly action. Emma ate only the bitter white part. And ten minutes later she lay down and slept. So I think I know through this night that my dog knows what’s good for him.

Now we have been living vegan for a few months and at the same time had changed the dogs’ food to Barf, because I thought this was species-appropriate. Yuki never really liked to eat the meat, but rather nibbled a carrot with me. Because of this and because it is somehow obvious that one will think about the pros and cons of feeding the dogs meat, I looked for alternatives. And I was never sure if I would really do my dogs any good by feeding them vegan. You may also know these doubts at the beginning. But I’ve read a lot of different literature about it (although there isn’t much about it) and asked PETA what they think about it and saw a video in which a young woman says: “Yes, but what is really natural? When my little dog eats a horse? Certainly not! And also the dry food is supplemented. And that’s not natural either”. So it can’t be about naturalness. Anyways that was not decisive for me. Rather health and alternatives to the protection of other animals. Sometime even the thought came to me that the meat industry with its enormous influence invented Barf, in order to compensate the vegan and vegetarian living humans smaller consumption. So I went to a local feed house. There I was cheekily laughed at. But I was already used to that from veganism and didn’t get very upset. But I was able to take a vegetarian food with me. That was the first step in the right direction for me. Although not exactly what I wanted. I wanted vegan. But at home Yuki jumped at the food. And for the first time in weeks she really filled her stomach (I had really worried already). Emma also accepted the food really well and that made me look for a vegan alternative and I found you. So I ordered a two kilo bag to my office. When it arrived, both of them really jumped at it. But I thought: “Wait and see. We had a two-hour walk earlier – of course they’re hungry!”

So and now to the first really cool situation: At home was still the vegetarian food. We have standing food – strangely enough I didn’t have to refill the bowl the whole weekend but maybe they got a lot of snacks on the side and didn’t have that much appetite. So Monday morning I arrive at the office with the dogs (here also standing food, but this time yours), the two run to the bowl without detours (normally our trainee is greeted extensively who is always there before us) and jump at it as if they were completely starved! Or as if they had waited for this food! I had to write this directly to my partner, who was still not enthusiastic about vegan feeding. But it comes even better. So I keep it that way: vegan in the office – vegetarian at home (throwing it away is too bad). Yesterday my partner was at home all day due to illness with the dogs and I was alone in the office without dogs. At the end of the day I filled a Tupperdose with Greta and took it home. My partner had just arrived there with the dogs upstairs to clean them after the walk. I came in, unpacked my bag, put your food on the kitchen worktop and looked forward to an exuberant greeting – which failed to appear! So they both came running down the stairs, saw me, jumped on me once and stretched their noses into the air. I thought: “This is a joke. The two are otherwise totally fixated on me. Do they seriously want the food now?” and put it on the ground. Alternately eating and taking a short breath, the can was empty within seconds. Now I have no bad feeling anymore with vegan dog feeding and would like to thank you very, very much for it! In any case we will remain very loyal fans.

What would be really great: If you could expand your assortment with vegan treats. They are still missing on the market and I know who would be very happy…

Best regards and a warm wau from Emma, Yuki and Natalie 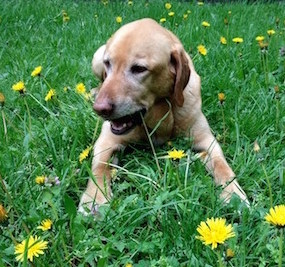 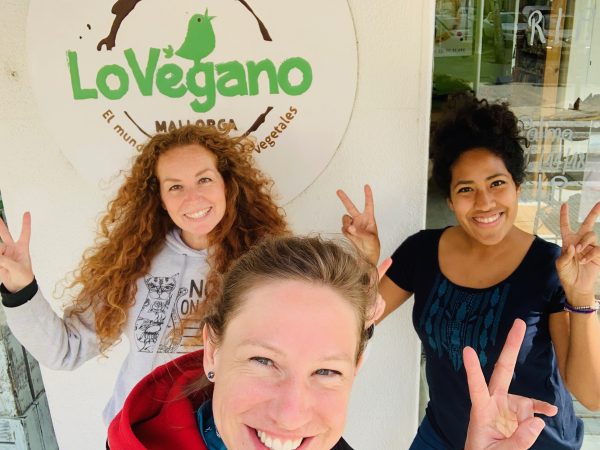 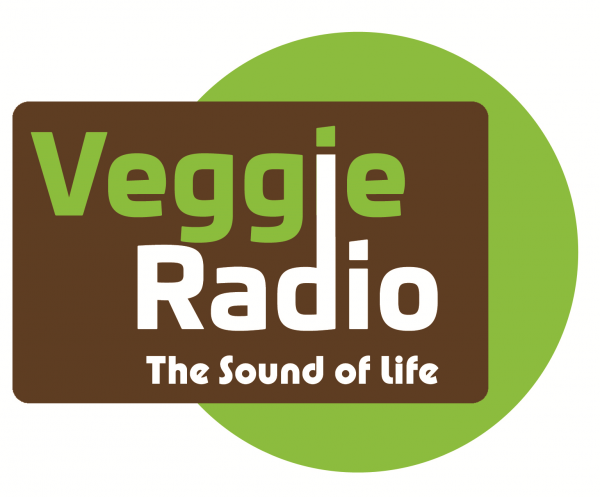