What happened that Edgar turns into Greta? 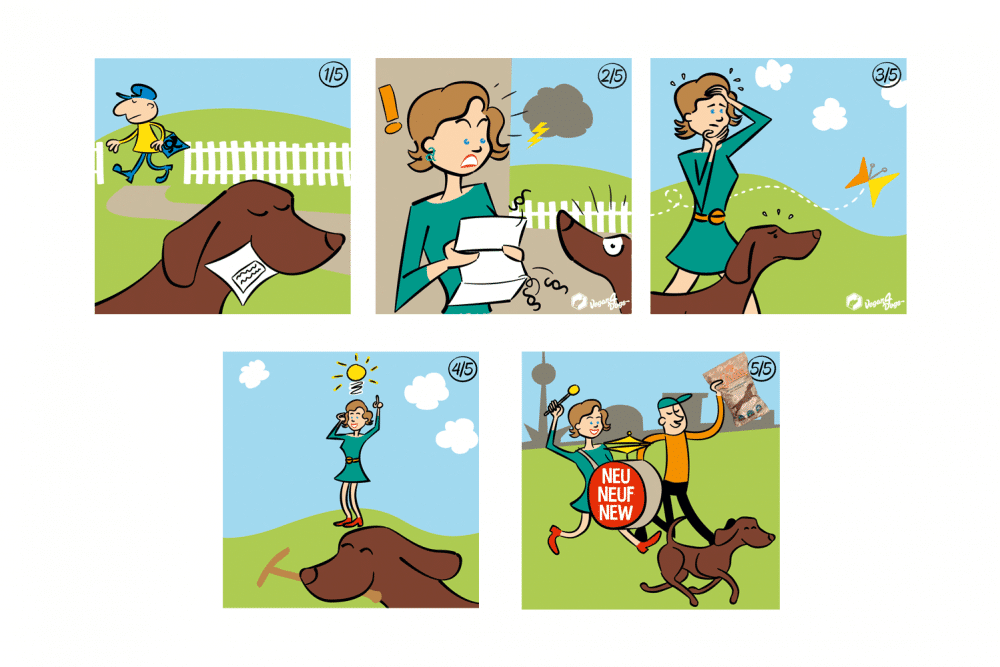 In May we received news from the European Trademark Office that our vegan dog food Edgar has to be renamed. Already 1 1/2 years ago another company was of the opinion that our name was too similar to their brand name and that there was a risk of confusion. We were actually quite confident that Edgar could stay Edgar, as our lawyer also thought in this direction.

Sometimes things do not go as expected and so we suffered a severe setback when the Trademark office let us know about their decision. Nevertheless, we prefer to look forward rather than backward and have decided not to file another objection but to find a new chic name. So Edgar can discover his female side and Greta enters the stage.

Of course, there’s quite a rat’s tail attached to such a name change. All bags have to be produced with the new name, the customers and retailers have to be informed, above all that there is a new name but the same composition. And all this in a limited time, since there is the risk of high penalties otherwise.

In order to produce the new bags, new clichés have to be prepared, which are very expensive. The clichés bring the nice colours on our paper bags. The design for the bags had to be reworked as quickly as possible for the sizes 2kg, 5kg and 14kg. The delivery times are extremely long, so the transition of Edgar to Greta will take some time. The Greta 14kg Big Bags are available from now on. Then the 2kg and 5kg sizes will follow in August/September 2018. So don’t be surprised to still meet Edgar around since it needs a little time to turn into Greta. It’s a big deal.

We also had to think a bit about how to tell you that there will soon be this big change. That’s when we came up with the idea of the Vegan4Dogs comic. We had a lot of fun thinking up the individual pictures and hiding the letters in them to include the competition. We didn’t expect it to be so difficult to find the letters, but we knew where they were anyway. So we had to give a few hints during the competition. Above all, we lured all the participants onto the wrong track with our ‘Great’ as a caption? The letters were correct, but not the order. But very often a ‘V’ was found, which we had not planned to include in the name. But even after the hint that there are 2 letters hidden in picture one and that a V is generally not there, we still didn’t get the right solution. Obviously nobody could imagine that Edgar would be female. So we threw out the hint that Edgar would get a female first name. And from then on it went like a charm. Now the penny dropped and the correct solution came not only from Germany but also from many other countries. But we also had many other funny suggestions. Vegaz, Etgar with a T, among others, although this could lead to confusion with the other brand, the name must not be similar. I also liked the story of the Taler:

” Jeez, we’re really racking our brains here. Our solution was actually Taler. Although I was also unhappy with it, nothing made sense.

Now we know, a female first name and we don’t come up with any with our letters.

Yay, hopefully we’ve found the mistake: the L in the cap is actually a G.”

Then, however, Greta became Gerta, which of course would be possible?

We also had an Arlet and a Gerda along.

We also received some pictures of vegan four-legged friends, which we were very happy about and which we will hopefully soon feature in our photo album ‘You are not alone’ with the permission of the senders.

Also very nice was the story of Ruth, whose ex-husband’s name is Edgar and the running gag is that she feeds Edgar to her dogs. Thanks for sharing.