Veterinarian with a clear view 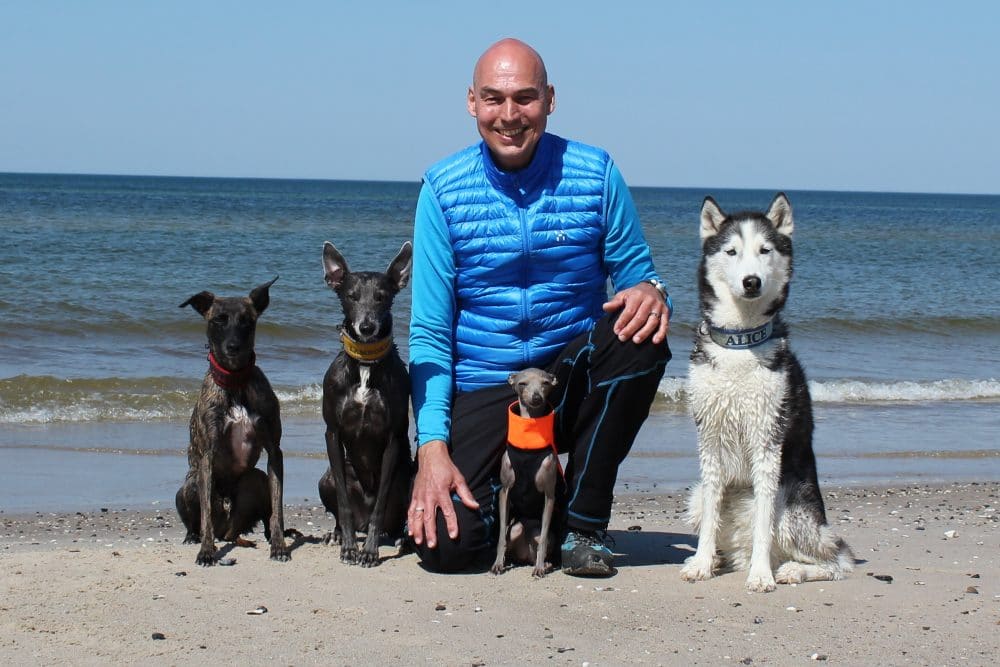 The following experience report encourages us not only to approach vegan dog nutrition from an emotional point of view but also to look at the scientific and medical aspects. We have also had similar experiences with our dog Eddie that he benefits from the vegan dog food and that diseases can be contained.

To feed dogs vegan, that is not possible. That’s what we used to think. Maybe one could feed dogs vegetarian, we thought, without thinking about it thoroughly. Vegetarian, without feeding meat, then no other animals have to die for it. Mistake! Milk and egg production as well as meat production cause endless animal suffering! Vegetarian food has no real advantage, neither for animals nor for the environment, nor for health.

Most people are shaped by their upbringing and their mixed diet habits. That was us, too. After a period of searching for answers to various questions on health aspects, environmental and nutritional problems and last but not least animal welfare issues and after a period of observation of developments in our environment, we decided at the beginning of 2015 to feed ourselves vegan.

At the same time as this decision, a new dog was to be taken into our family. The white Whippet bitch “Rosine” with one black ear was next to one male the strongest and brightest in the litter of 5 puppies until 3 weeks before we picked up “Rosine”. The puppies had only received breast milk up to that time. From then on she was fed meat and normal dry puppy food.

We received a surprisingly quiet, almost miserable, small puppy figure. Next week “Rosine” ate every food exactly once. Obviously, she wasn’t well every time after dinner. We had watched her for four days. After another four days, we knew what was going on. That was 4 days of blood sampling, x-rays, ultrasound, computer tomography and tissue sample testing on a puppy who ate almost nothing and became weaker and weaker!

It was an instructive animal owner experience for us veterinarians! “Rosine” suffered from a very rare enzyme defect in the urea cycle and could not process animal protein. We believe that “Rosine” would have died if the little Whippet bitch hadn’t come to us. It was a sign for us! “Rosine” was vegan from now on and she was fine. She developed into a normal greyhound, powerful and full of joie de vivre. With “Rosine” our whole pack became vegan, next to ourselves, 5 more Whippets, an Italian wind chime, a Husky bitch and in 2016 another Whippet puppy.

In order to eat vegan healthy and correctly, one should intensively concern oneself with its nutrition and the food, which one takes to itself. This applies to our dogs as well as to us humans.

One can arrange very well vegan rations freshly and varied. This is time-consuming and requires a lot of knowledge, time and desire. Meanwhile there are numerous, different and qualitatively good and very good vegan ready feeds, both moist feed and dry feed, as well as vegan dog snacks.

The dog doesn’t care where he gets his protein from. Meat is not necessary for feeding dogs and neither are milk and eggs. It is important when feeding dogs that all essential amino acids are contained in the diet. These are vital and cannot be produced by the body itself. It is amazing how good pure vegetable food tastes to the dogs. Some selected protein sources are listed here: Soy/tofu, wheat seitan, pulses such as peas, lentils and beans and potatoes. We noticed a soy/tofu intolerance in ourselves and in three of our 9 dogs, which manifested itself in digestive disorders. However, it is no problem at all to do without this source of protein.

Protein intolerances and allergies to meat and milk are now very common in dogs when feeding animal protein. Vegetable proteins offer a very good and healthy alternative for nutrition.

All nutrients must be present in sufficient quantity in the dog’s food. Vegetable fats with an omega 3 to omega 6 to 1:6 fatty acid ratio are just as healthy for dogs as for humans.

Animal protein and animal fats now have a reputation for making people sick and causing cancer. Many of the “modern” diseases in humans and dogs are to be caused by food of animal origin. Vegetarian nutrition also contains animal protein and animal fats via milk, dairy products and eggs. Vegan nutrition is proven to be the healthiest diet for humans and dogs.

Countless farm animals still have to suffer and die for human food and dog food. These “food-animals” must be nourished up to their death with substantially more plants, than would be cultivated these plants immediately for the human and dog-food. All people could be fed in such a healthy way and no one would have to have a guilty conscience about feeding their dog. We don’t want to calculate how many “food animals” would have to die if we didn’t feed our 9 dogs a vegan diet!

We enjoy being active in sports with all our dogs. The vegan diet has a positive influence on physical and mental performance. No one in our pack suffers from obesity and other “diseases of civilisation”. The combination of joie de vivre, healthy nutrition and moderate physical activity is the key to human and animal well-being! 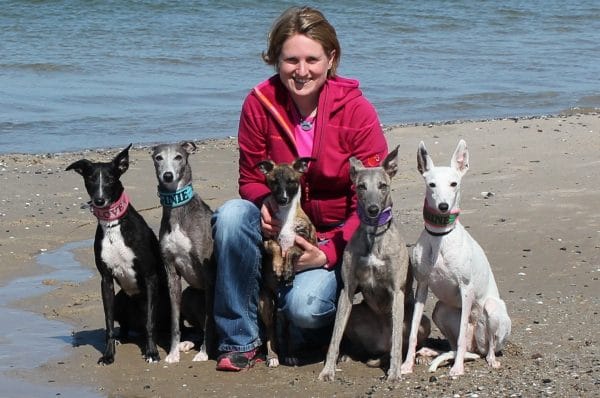 Dr. med. vet. Uwe Romberger is a veterinary specialist for small animals. You can also get Greta at Dr. Romberger’s Tiergesundheitszentrum Regensburg.

Christine Burggraf is a consultant for animal health. She provides animals with physiotherapy and osteopathy.